From 1994 to 2019: WORLDwrite is celebrating its 25th anniversary DONATE NOW to help us keep going! 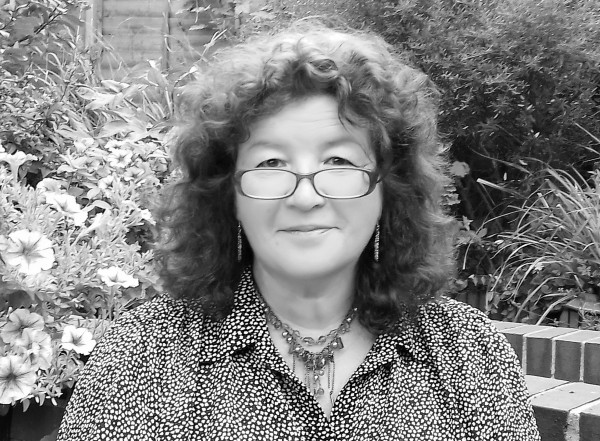 Ceri is the Director of the Charity and its Citizen TV station WORLDbytes, both of which she founded 25 years ago and 11 years ago respectively. Ceri is responsible for the day to day running of the charity and its strategic development.

As the originator and director of WORLDwrite since 1994, Ceri has toured young people across the globe, from Hiroshima, Japan to Ghana to the heart of the Amazon rainforest.  Ceri moved into film 16 years ago, established an award-winning film facility for the charity and pioneered the Citizen TV station WORLDbytes, providing free film training for young people and an online news channel. Ceri has produced and edited over 1000 videos working with young volunteer learners. She has also directed, crowdfunded and crowdfilmed, 14 feature documentaries, all truly collaborative affairs involving hundreds of volunteers.

Ceri studied for an MSOC SCI in Cultural studies and MSC in Youth work and anthropology. She has a CERT ED and is a fellow of the R.S.A. She has made many appearances in mainstream media. A film made about her by students is available to view on WORLDbytes. 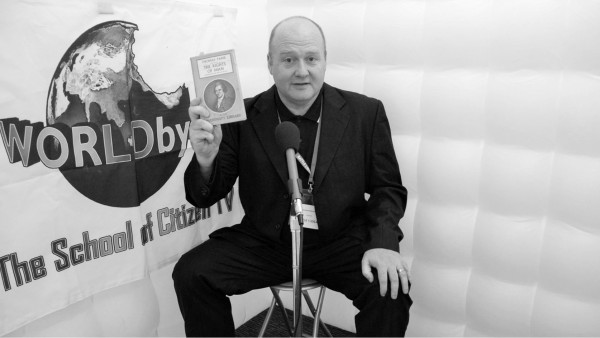 Chair of the Trustees

After many years as senior lecturer in journalism at the University of East London, he is now a thesis supervisor at the Faculdade de Ciências Sociais e Humanas da Universidade NOVA de Lisboa (NOVA FCSH).

Graham has also worked in film and television, most recently the documentary Kick Out!: The Newtown Neurotics Story. His forthcoming book is called Once Upon a Time in Hollywood: Five Years of Quentin Tarantino.

Graham has been a member of WORLDwrite’s management committee for many years and a key educational advisor, he helped inspire the establishment of the charity’s Citizen TV station WORLDbytes and has assisted with many programmes. 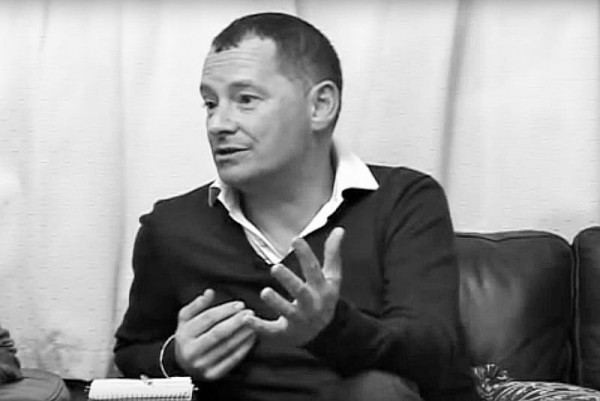 Kirk has been a trustee for the charity for many years assisting with the charity’s early exchange programmes in Ghana and leading its exchange visit to India. Kirk is now the Executive Director of the European Animal Research Association (EARA) a communications and advocacy organisation whose mission is to uphold the interests of biomedical research and healthcare development across Europe.

Following the charity’s India exchange and millennium relay in 2000 Kirk advised Action Research in Community Health and Development, a tribal rights organisation working in the eastern tribal areas of Gujarat India on opposing the imposition of wildlife sanctuaries on tribal land.

Kirk is a regular writer and presenter in UK and European media with over 350 articles and appearances on television and radio. 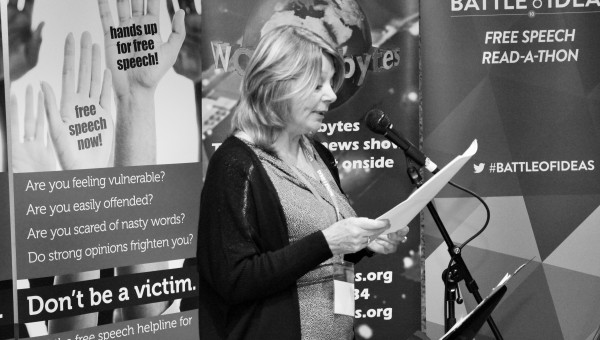 Dr Shirley Lawes is a researcher; consultant and university teacher, specialising in teacher education and modern foreign languages. Shirley is also a Chevalier dans l’ordre des Palmes Académiques awarded by the French Ministry of Education for her contribution to the promotion of the French language and culture.

Shirley has published widely on education policy, teacher education and the teaching of modern foreign languages and is currently writing a book on culture in language teaching. Shirley was a teacher trainer for many years and also taught in vocational, secondary and higher education institutions. She was a member of the Ministerial Steering Group on Modern Languages in 2012 and of the ALCAB ( A Level Content Advisory Board) for Modern Foreign Languages in 2014. She is also a member of the University Council for Modern Languages executive committee.

Shirley has assisted with many of WORLDwrite’s programmes as well as playing a key educational advisory role for the charity. She recently featured in the charity’s latest documentary Women: a success story. Shirley is currently working on a curriculum development project with the British Film Institute on the use of short film in foreign language teaching. 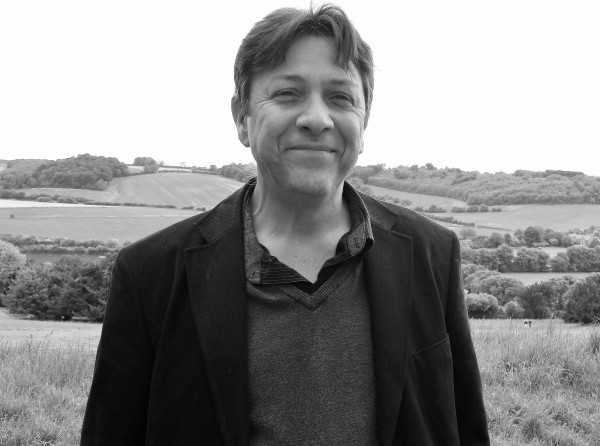 In his regular paid work Andy is a conservator and has worked on many prestigious projects from Windsor castle to Christ Church Cathedral, Oxford, restoring art works, plaster works and decorative schemes.

He has assited the charity as an organiser for over 20 years including exchanges, video production and events. Andy has been a WORLDwrite camera tutor for 11 years, volunteer accounts assistant and building manager. 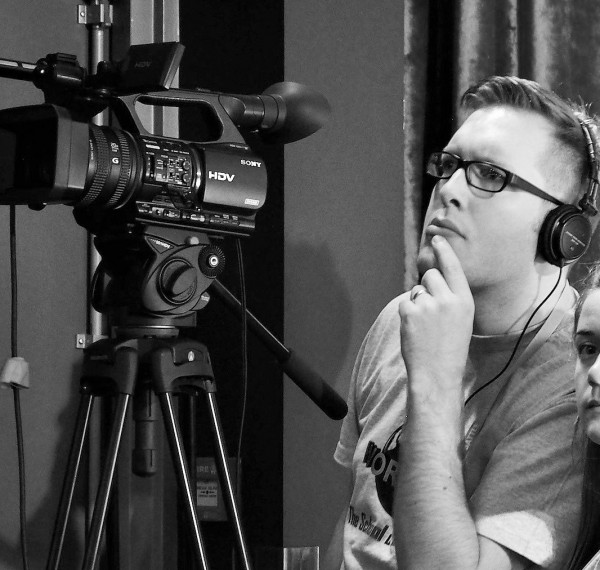 A former teacher, Rob is a volunteer DSLR and 4K camera tutor for WORLDwrite and has been a project co-ordinator for the charity on a voluntary basis for 14 years. He is a long-standing member of the charity’s management committee. In his paid work he is an Investigator at the Financial Ombudsman Service. Rob co-directed the charity’s award winning documentary film “Every Cook Can Govern” and managed the project with over 200 volunteers. 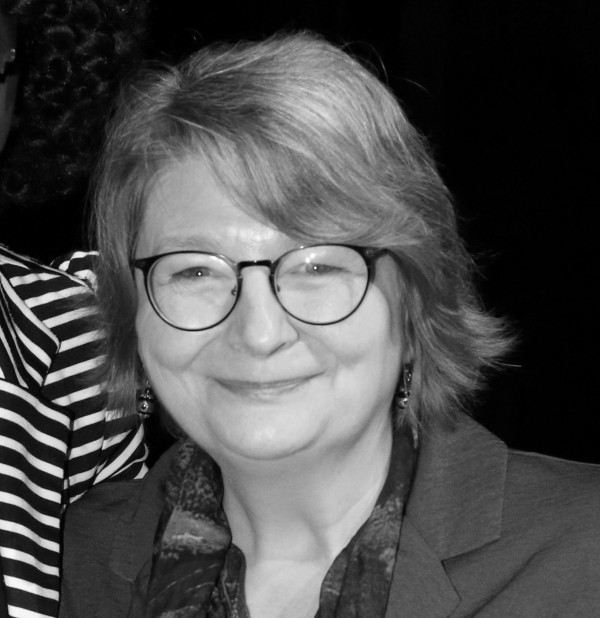 Kate lives in Hackney and has been helping out at WORLDwrite for 10 years and now works with volunteers. She is a qualified teacher and local author who has worked in the non-profit sector, teaching, fund giving, fund-raising, marketing and consulting. She has been active campaigning on a wide range of issues including outdoor play safety and as Director of Audacity LTD, for the victims of the Grenfell Tower Disaster. 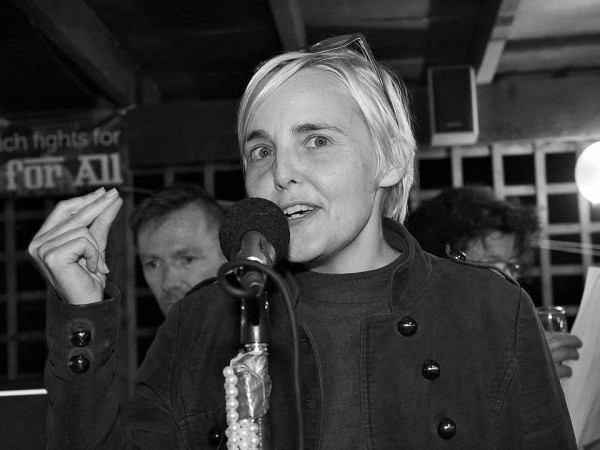 Viv has a Diploma in Systemic Management, Diploma in Youth & Community Work, City & Guilds Adult Education certificate, BA Hons in Psychology & Education. Viv was formerly the Co-Director of WORLDwrite & WORLDbytes and Co-Founder of Chew on it Productions and the charity’s Citizen TV station WORLDbytes. She is now the Director of the Young Academies Group and Managing editor at the online magasine spiked. Viv is a leading member of the charity’s management committee and is currently helping the charity develop a new partnership programme for young people. 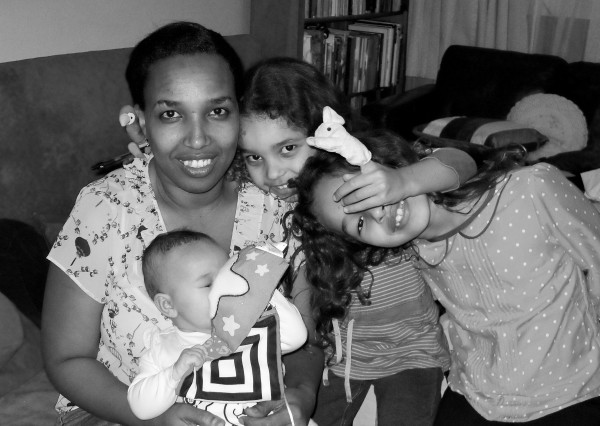 Tsedal Powell has been a WORLDwrite volunteer since 2002, is a mother of three children and works part time as an office administrator. Tsedal is a volunteer representative on the charity’s management committee and plays a key role in overseeing policy development.  She has also been a school governor for the last 8 years as a vice chair of governors, a member of the finance committee, community cohesion officer and is the current safeguarding governor.  Tsedal has assisted with many WORLDwrite documentaries and lead events including the charity’s inspiring water walk to raise horizons for the developing world. 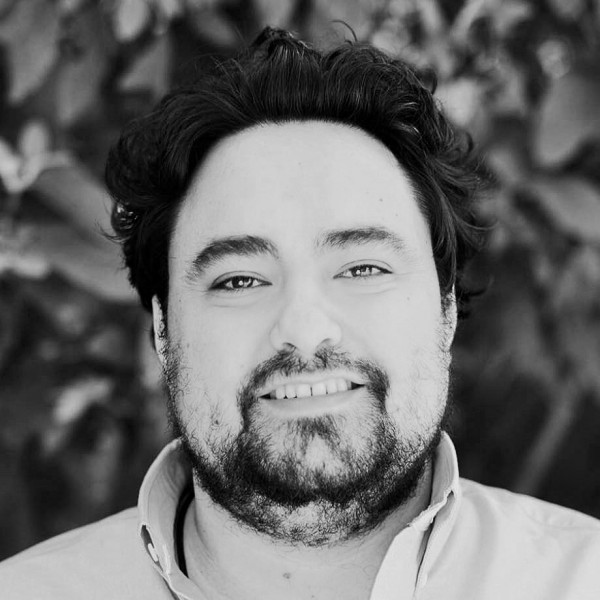 Fraser has an MA in Film Studies from King’s College London and BA in Modern Languages from Oxford University. Fraser is a former producer and editor for WORLDbytes.  He has edited over 100 videos for the charity and assisted volunteers with social media and marketing. He is now a staff writer for the online magasine spiked. He is a member of the charity’s management committee and has continued to assist with, advise on and feature in programmes and films. Fraser launched the charity’s film library and film club, co-produced and was assistant editor for the charity’s film about 1917 and its latest feature documentary Women: a success story. 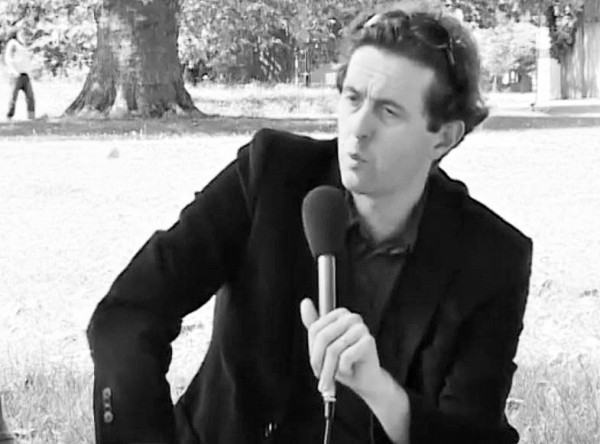 Toby Marshall (BA, PGCE, MA, MPhil) is a teacher of Film Studies. He has taught Film Studies in Essex and East London for twenty years, working successfully with both GCSE resit and degree level students. He has provided invaluable support to the charity  throughout this period in a great variety of ways. Toby is proud to be currently providing assistance as a member of the management committee. 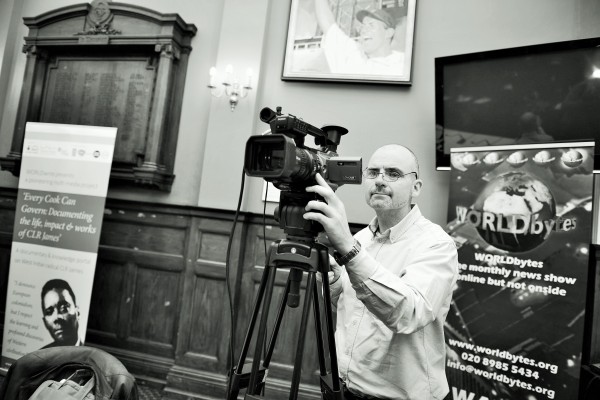 Steve has volunteered with WORLDwrite since 1995 and has mentored young camera trainees with WORLDbytes for over a decade. He was a board member of Access CINEMA and co-founded Ireland’s most successful independent film club. Steve led early exchange programmes with groups of young people in Ghana and India. He was a producer of the charity’s award winning film on the life and works of C.L.R. James and is a key member of the charity’s management committee and volunteer camera tutor. 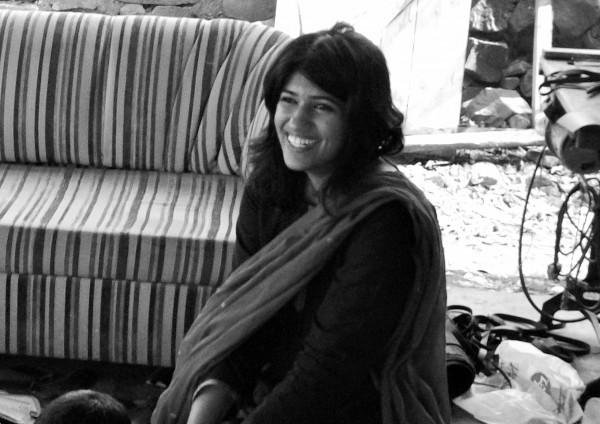 Sadhvi has a PhD in International Political Economy and MA in International Development. She is a research consultant with over 10 years’ experience in development research. She has conducted field work across SE Asia and published political commentaries in India, UK and Singapore. Sadhvi helped facilitate WORLDwrite’s global programmes for over 10 years, is a former coordinator for the charity and a member of the management committee. 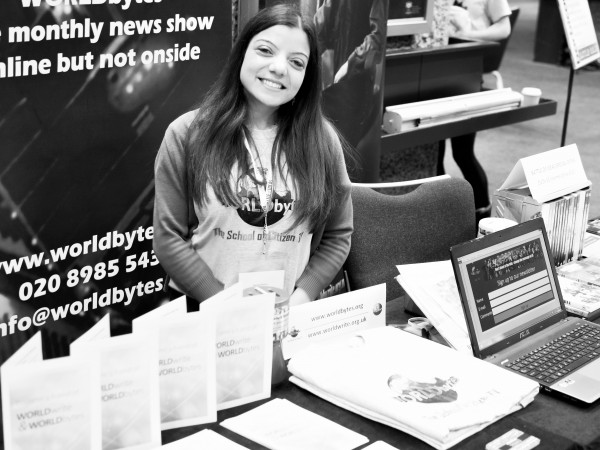 Marisa has a BA Hons Media studies. Marisa is a producer for WORLDbytes and has been WORLDwrite’s Assistant Director for five years. As an unemployed graduate, Marisa started as a volunteer learner with WORLDwrite herself before taking on key areas of the charity’s work and joining the staff team. Marisa is passionate about helping more young people get the opportunities they need to open doors and has worked with over 900 young volunteers to date to help them access training, make programmes and progress their ambitions.

Marisa produced the charity’s latest award winning feature film Women: a success story. In late 2019 Marisa plans to move on and take up further work in media and film but will remain a key member of the charity’s management committee and volunteer producer. 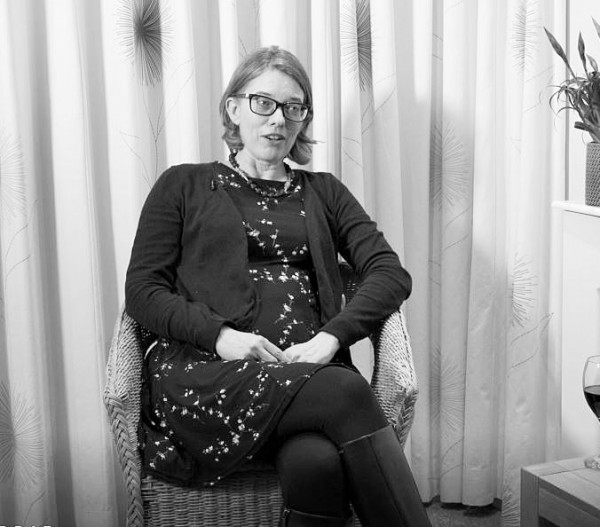 Sally has many years experience working as a Head of Finance in the not for profit sector. Having assisted the charity as a friend for many years, in 2019 she joined the charity’s management committee bringing her financial knowledge and experience and her enthusiasm for our work. Sally also played a starring role in the charity’s award winning documentary Women: a success story and has continued to assist with its promotion and with fundraising initiatives. 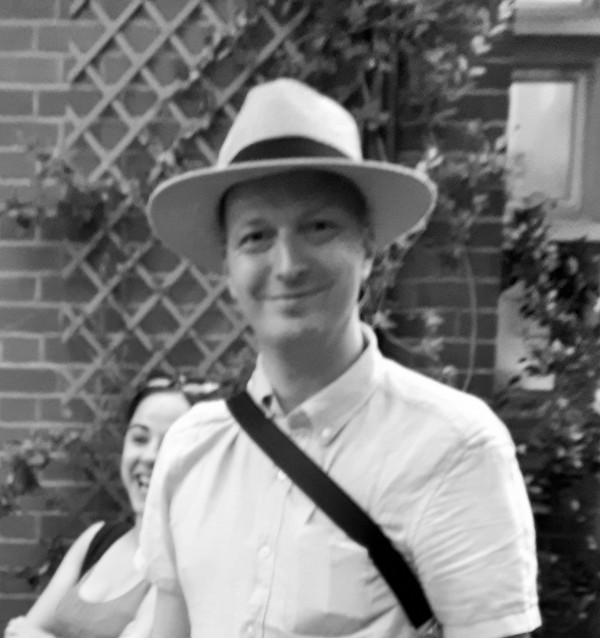 Having taken part in WORLDwrite exchange programmes in his youth, Stuart is now an accountant for the charity on a voluntary basis. He has 20 years experience in management and statutory accounting.  Stuart leads strategic change programmes in financial services, focussing on regulatory compliance and financial reporting.